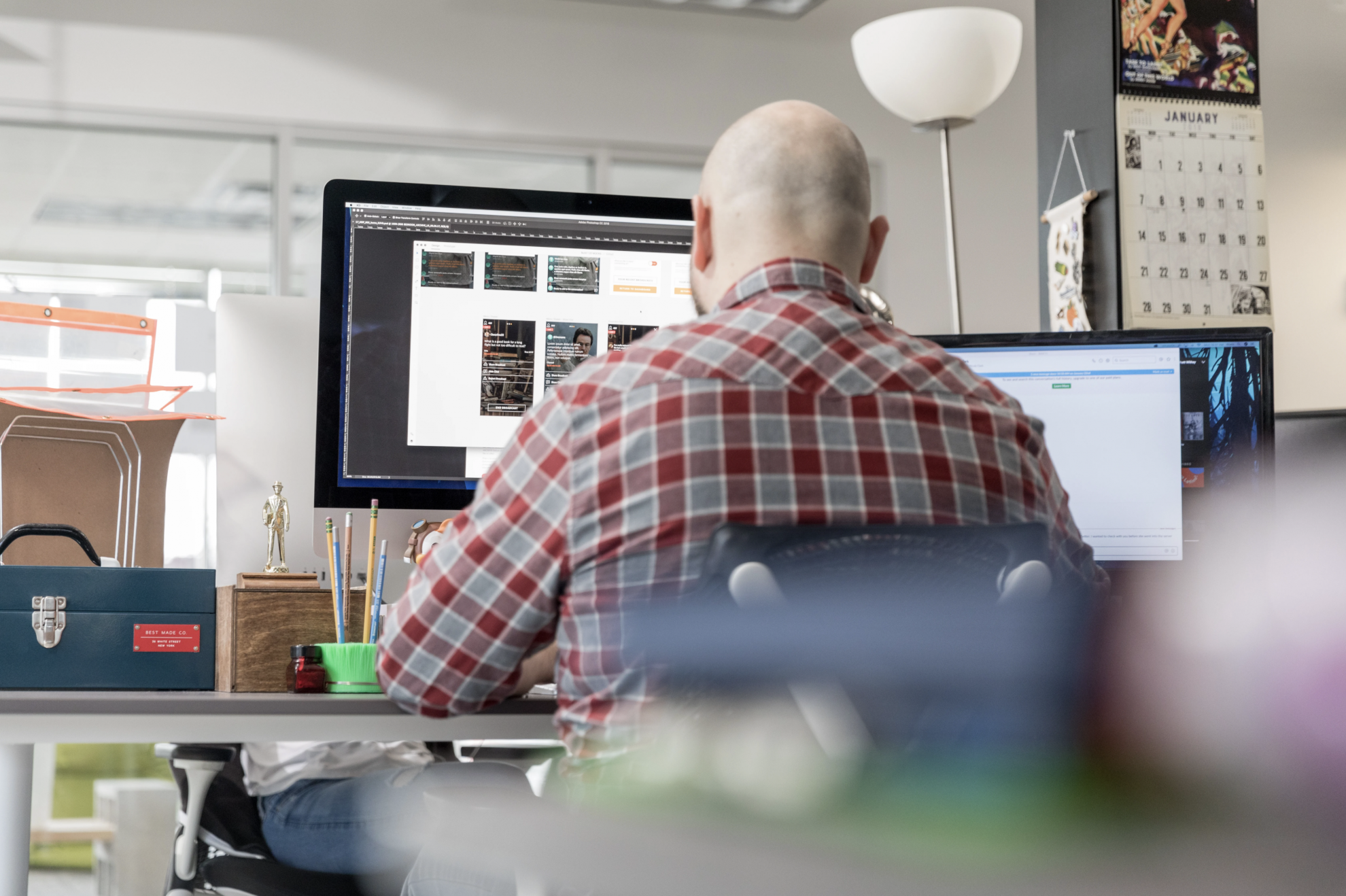 When you take a shot at the king, you better not miss.

Adobe, the king of the creative software world, has reigned over its users with the expectation that no matter what the company does, their users have to buy their product because it’s the “universal standard.” Adobe, recognizing the grip they hold on the creative world, has in recent years taken advantage of their user base by changing its business model to a steeply priced monthly subscription, continuing to release updates overrun with bugs and glitches, and rarely coming through on promised features presented at yearly trade shows. There is a challenger to the throne looming on the horizon, and its name is the iPad Pro.

The hubris of Adobe has been knowing that designers and creatives can’t just up-and-drop Photoshop or Illustrator in favor of a newer and cheaper alternative without risking a severe downturn in productivity. In the fast-paced world of advertising, designers have decades of muscle memory with hotkeys and processes ingrained in their heads. Going cold turkey and learning a completely new software would result in the loss of hundreds of hours of time on projects. Adobe knows this and expects their users to return month-after-month and year-after-year.

The iPad is Adobe’s worthy competitor.

What Adobe doesn’t know is that the iPad, specifically the iPad Pro, is helping knock down the gatekeeping walls that Adobe holds to the creative industry. There are a bevy of great design and illustration apps available on the iPad that replicate the experiences of Adobe products and at a much cheaper cost. Apps such as Procreate and Affinity Designer don’t require recurring payments and often cost less than a one-month subscription of an Adobe Creative Cloud license.

Of course, established designers aren’t going to ditch their desktops in favor of the iPad Pro, but there are designers who are actually preferring the iPad experience over the desktop for illustrating, designing, and photo editing. They are the ones currently sitting in the backseat of a minivan on a road-trip or on a bus heading home from school. They are in their bedroom at their parents’ house doodling on the iPad while watching TV. Children and teenagers are adopting the use of iPads at a younger age, and their parents aren’t likely diving headfirst into an expensive Adobe Creative Cloud subscription plan.

Younger generations are paving their own way.

This younger generation is currently developing their own muscle memory of tricks and processes that they will, in time, transfer to their future careers as designers and visionaries. It’s a future that Adobe doesn’t seem to see coming. Adobe needs to adapt if it plans on being around in the next ten to twenty years. They won’t have the luxury of relying on users coming back just because they are working on a familiar system.

Each subsequent release of the iPad and iPad Pro is closing the gap between what a tablet is and what a computer is. Apple has even recently released an update that allows for keyboard and mouse support on the tablet itself.

Adobe does offer iPad versions of some of its software such as Photoshop and Illustrator, but those apps have been released years after initial releases of other apps such as Procreate, which itself has developed a dedicated following and has been identified as one of the “must own” apps on the iPad Pro. Also, without a Creative Cloud subscription, the Adobe offerings come up short of being their own fully realized design apps on the iPad.

If Adobe expects to continue its reign on the creative world, they are going to have to win over the hearts and minds of the younger generation through their iPads.