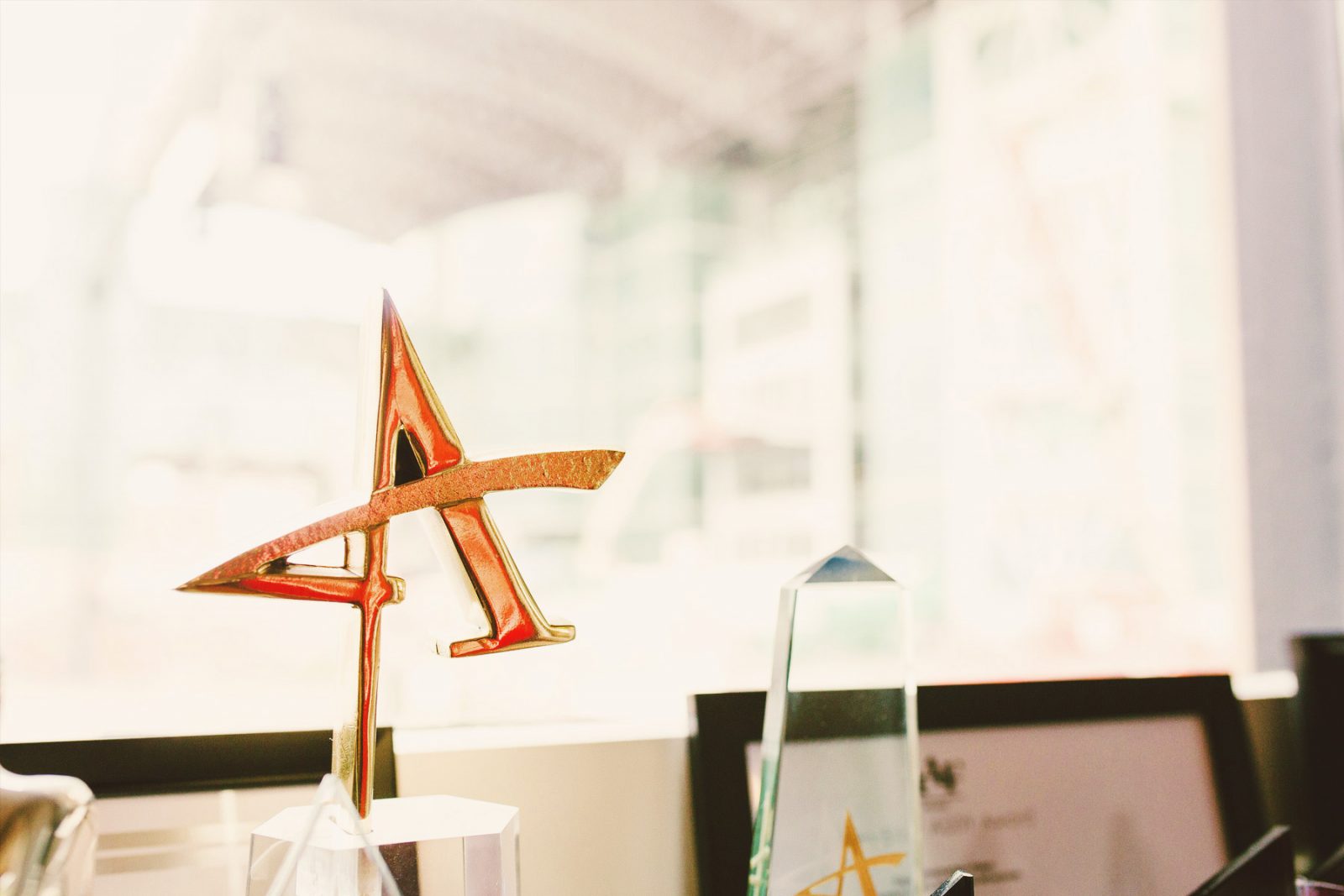 The American Advertising Awards of February 2014!

BIGEYE’s public service video for IDignity captured a Best of Public Service award in the coveted Best of Show category as well as a Gold award. Another Gold award was presented to BIGEYE in the Digital Advertising category for The Daily Mom app.

Four Silver awards were presented to BIGEYE with two in the Elements of Advertising category for the Cave Inn BBQ Logo and Rollins College Alumni Logo, one in Advertising Industry Self-Promotion for the BIGEYE Wall and another in Collateral Material for the Rollins College Special Events Campaign.

[quote]“We’re humbled by this incredible recognition and will be sharing this together with our client partners, without whom this could not have been possible,”[/quote]“The American Advertising Awards recognize the most creative solutions to client challenges in an increasingly competitive marketplace. It’s an honor for BIGEYE and its client partners to be recognized alongside some of the area’s best work,” said BIGEYE CEO, Justin Ramb.