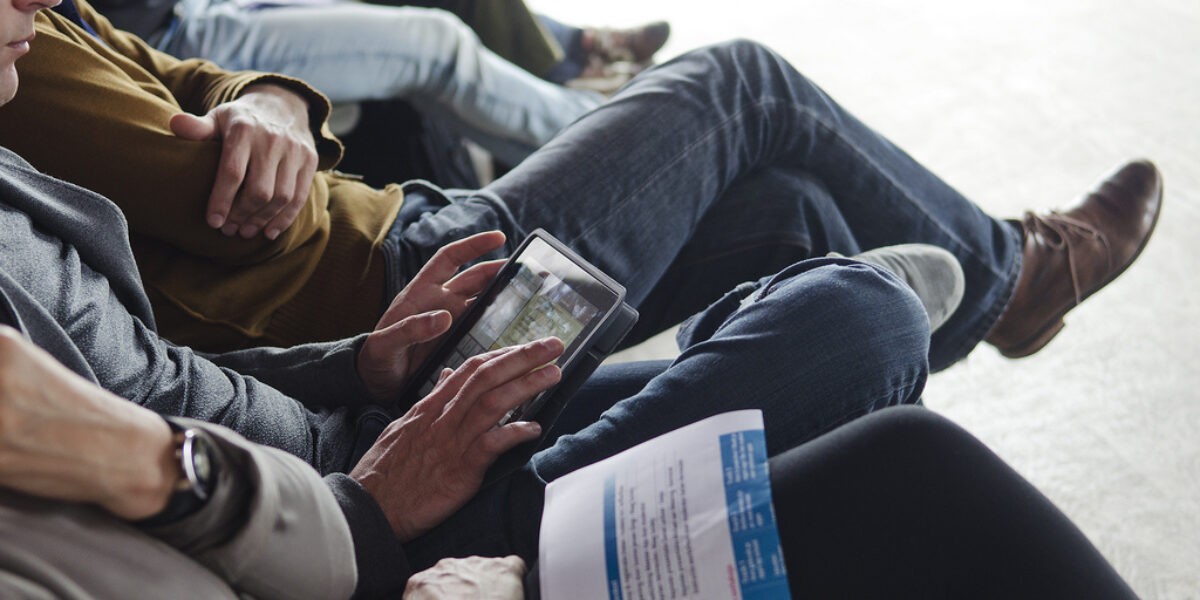 The power that lies within the Super Bowl XLIX ads

Ah, the Super Bowl. For football fanatics, it’s the most important day of the year. For others, it’s an excuse to enjoy a few brewksis and some BBQ on a Sunday night; employees and bosses alike can be seen donning sunglasses indoors come Monday morning, free of judgment. Fried chicken wings are a viewing-party staple and high-fives can be heard throughout the sports bar. It’s a great day to be an American.
It’s also a great day for advertisers. For one night only, the country, whose viewing behavior typically includes a finger affixed to the remote control, set in fast forward for those notorious “TV time outs” – anxiously tunes-in to a series of commercials, rather than actively ignoring them. [quote]Expectations are high, as the Super Bowl has a history of airing some of the greatest ads of all time. [/quote] Wendy’s “Where’s the Beef?” spot is still admired 30 years later, and no one can forget the Budweiser frogs (even though, I’ve now dated myself, given that the last commercial featuring the trio was in 2000). But with such high viewership comes an even higher price tag attached for precious airtime. NBC’s asking price for Super Bowl XLIX? A cool 4.4 million to 4.5 million per each 30-second spot. That’s some serious pay-for-play.

Not surprising, landing a spot isn’t an option for most companies – just ask Newcastle. The brewer’s media budget for the entire year was half of what it would cost to buy a spot during the 2014 Super Bowl, so instead they got crafty and made something even better. Being inventive was a requirement, if the brand were to compete amongst a sea of frothy hops-induced advertising.

The company’s campaign, entitled, “If We Made It,” showcased just how outrageously silly, epic, and awesome their ad would be – cleverly playing on the fact that Newcastle could never really afford the ad space to begin with. One of the fan favorites featured a foul-mouthed Anna Kendrick, who was hired to star in the Super Bowl commercial, only to discover Newcastle backed out because they had no money. It was a genius move for Newcastle, using self-deprecating humor and honesty to turn their disadvantage into a successful campaign – one that earned itself AdWeek’s #1 Ad of 2014.

In other words, Newcastle Brown Ale managed to air the most memorable Super Bowl ad, without actually making a Super Bowl ad – or paying for one. Cheers, you sneaky geniuses.

On the flip side, you’ve likely noticed that many advertisers are now pre-empting the “grand reveal” of their much-ballyhooed debut of epic, witty, and oft-discussed ads – designated specifically for the BIG game, and with BIG budgets – in advance of kick-off. As an advertiser, this is a fairly brilliant strategy to obtain the greatest media mileage for a spot’s hefty purchase price. The conversation gets going early, the buzz begins via social media and marketing industry experts, and viewers immediately know what to look out for when they tune into the game.

I have to admit, what is likely a very logical idea from an ROI standpoint sure does feel a little bit like peeking at your holiday gifts in secret before unwrapping them in front of friends and family. What do you think? Which advertisers’ spots do you anticipate will be most-talked about around your office the “day after?” How do you feel about gaining early access to “sneak peeks” at Super Bowl commercials? My guess is, we’ll all have more to discuss than “deflate-gate” with our co-workers come Monday morning.